Gibellina in Sicily is home to one of the most amazing open-air museums in the world. In 1968, the region was hit by a destructive earthquake. In the aftermath of the catastrophy, the local mayor called upon artists and architects to design Gibellina Nuova, a utopian new city about ten kilometres from the ruins of the former town. The new and barely repopulated city has become home to numerous unfinished and seemingly improbable open-air sculptures and architectural structures. Taiyo Onorato and Nico Krebs created an audiovisual performance using the city as a theatre stage. A hyperreal four-wheeled character criss-crossed the empty streets playing wistful Italian songs. The performance was filmed and has been recreated in video format for Festival Images. È tempo ormai di dirti addio is screened in a room benetting from a sweeping view of the town of Vevey.

Original performance presented at Gibellina PhotoRoad in 2019 in collaboration with Festival Images Vevey. 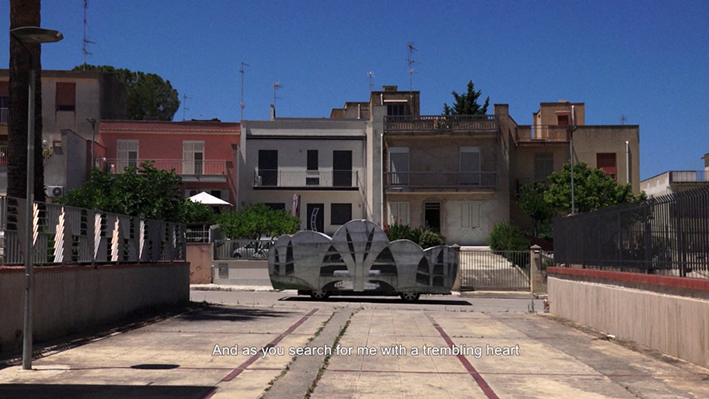 È tempo ormai di dirti addio: Have a look at the gallery 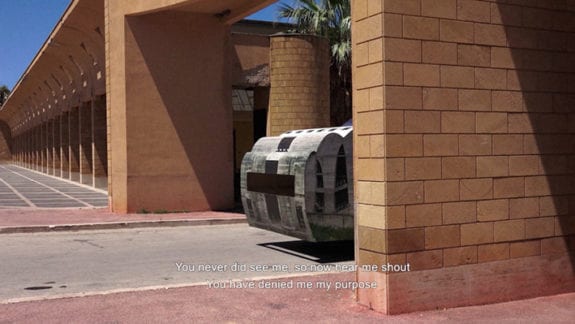 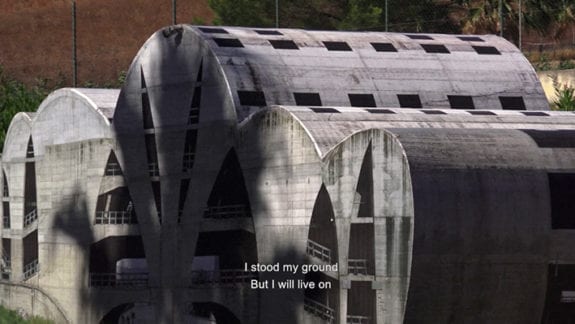