Batia Suter has been collecting books and magazines since the late 1990s. Most of them are second-hand and she sees them as imagery in the true sense of the word, and a source of inspiration for her art. They provide raw material for her work, to create a visual montage presenting images in a context that shows them in a different light. The frontage of Vevey’s lakeside Municipal Library becomes an arctic landscape, as a huge icebreaker can be seen face on, seemingly heading for Lake Geneva, while a colony of penguins observes the proceedings. Meanwhile, the fire station has been covered by a picture of a fire, just like those fire-fighters battle against on a daily basis. This striking trompe-l’œil creates the illusion of flames raging on the place dedicated to fighting them. 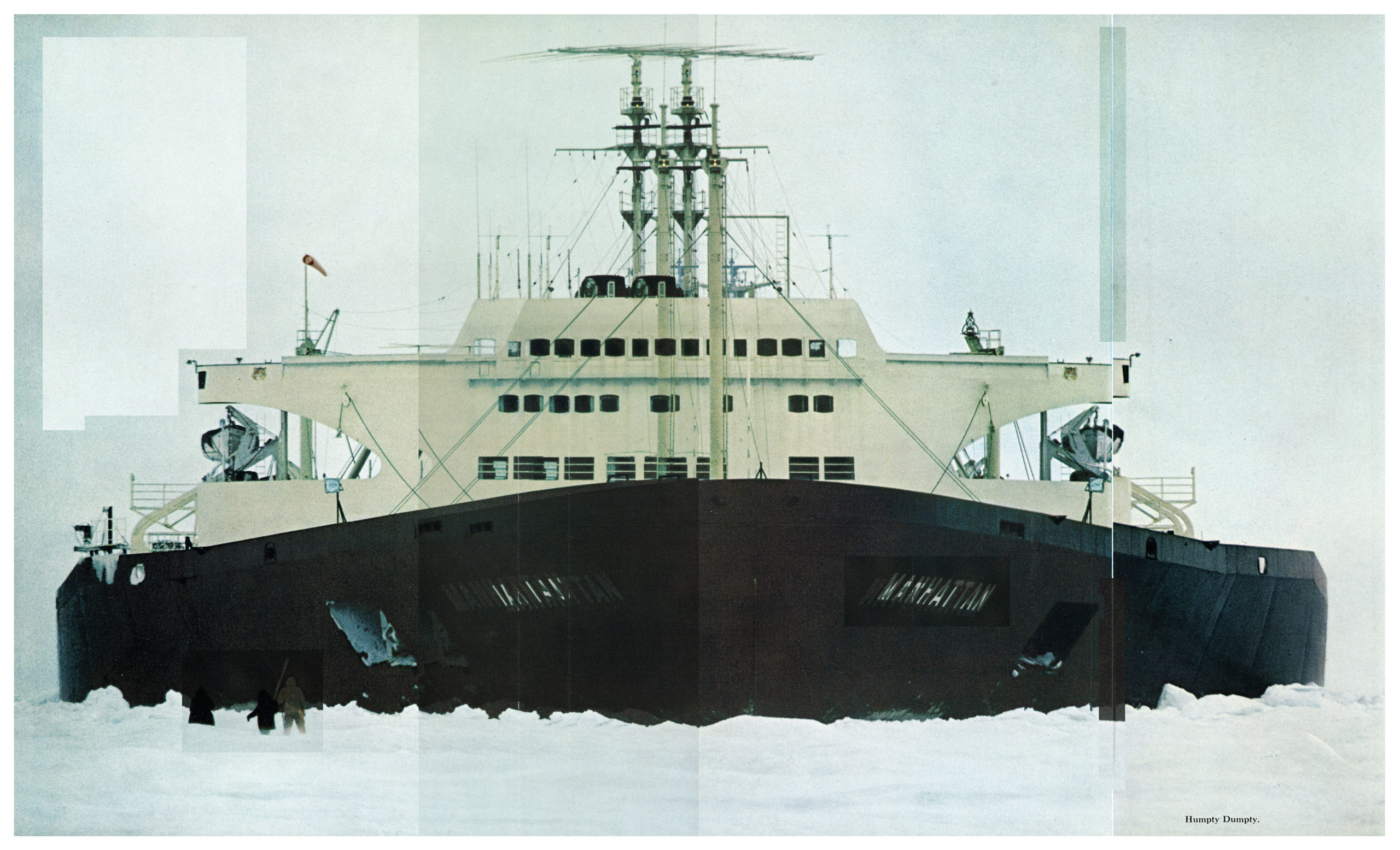 Ice, Birds and Fire: Have a look at the gallery 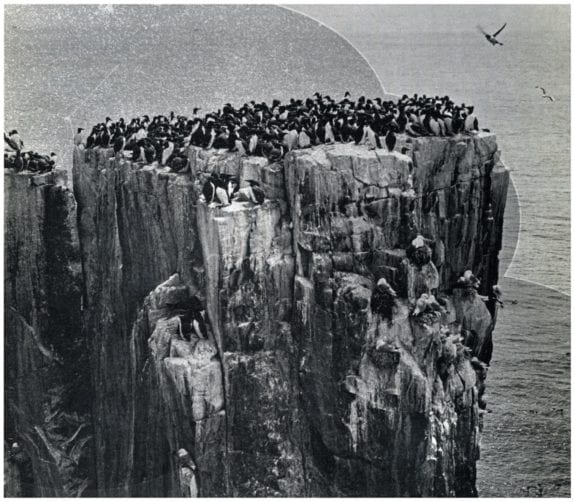 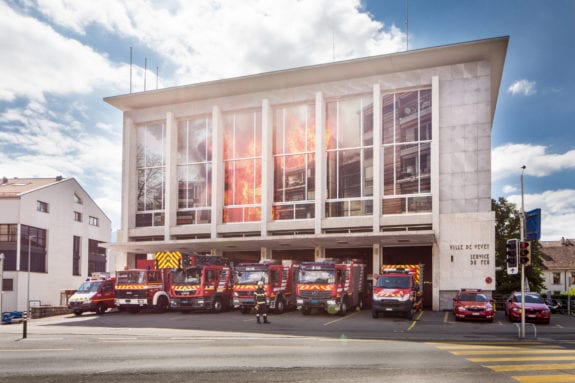 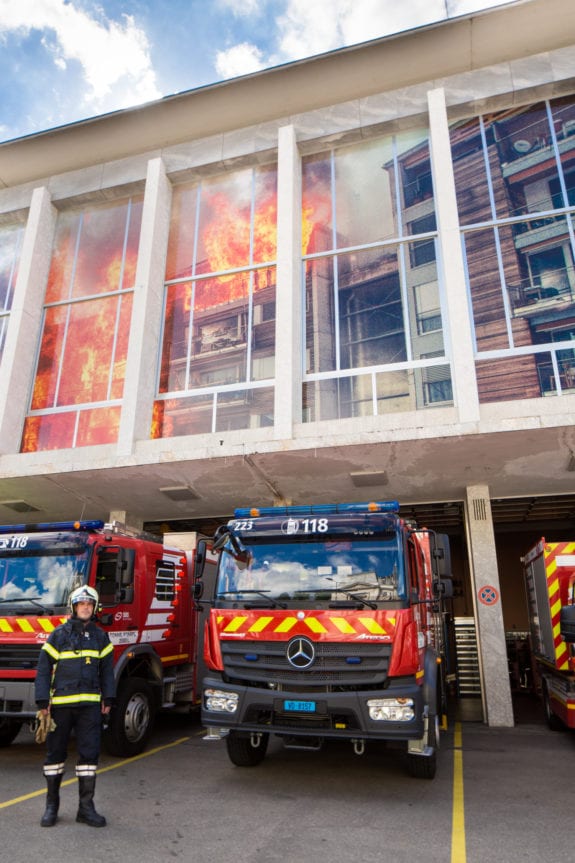