“ Gloria Oyarzabal’s book proposal promises an engaging, visually exciting mix of her own images, a selection of archival material, and an extensive, research-based text. The project wrestles with the challenges of applying “universal” Western feminist ideas to cultures with entirely different traditions. The jury unanimously felt this exploration of feminism and of cultural and racial biases to be urgent to our time.

“The jury unanimously awarded a Special Jury Prize to Chinese artist Lei Lei for his ongoing video and collage project, Weekend. Based in Los Angeles, Lei Lei maintains a growing collection of images from second hand markets and vintage magazines such as China Pictorial. He isolates, selects, and assembles elements from these materials, questioning the difference between artwork and archive, memories and dreams. In the resulting collages, he creates a hybridized, personal history, in addition to animating them and creating a soundtrack for each.”

“The jury is pleased to unanimously select Benoît Jeannet as the Broncolor Prize Light. His project, Escape from Paradise, is a study of Hawaiian myth and iconography. In the photographer’s studio, the island becomes an observation laboratory—a microcosm of twentieth-century history. The plantations of the Dole Food Company; the history of the Hawaiian shirt; the invention of the atomic bomb, and the Internet boom are elements that have shaped our popular perception of the Island. Hawaïan images, inscribed in popular culture, function as the objects of watered-down propaganda. The jury appreciated Jeannet’s studio-based approach to iconographic elements, allowing them to be represented as sculptural photographic objects.”

“The jury unanimously wished to recognize Jack Latham as an exciting voice in contemporary documentary practice. This Heidi.news Prize – Reportage is an opportunity to launch a new project for this photographer, who uses methodical research as a foundation for his practice. Beggar’s Honey, will examine the emergence of “Click Factories” that have popped up throughout Eastern Europe and Asia in secret warehouses in which thousands of phones are programmed to influence public opinion by aggregating “likes” and “comments”. An issue considered to be a significant and very real part of the “fake news” crisis.”

While waiting for this project to come to fruition, postponed due to covid-19, the laureate presented the first part of his work Beggar’s Honey – Chapter I: Latent Bloom at the Festival Images Vevey 2020.

Other support for artistic creation

In addition to the organisation of its Grand Prix, Images Vevey joins forces with various partners to develop grants to support photographic creation. A jury of independent experts awards prizes for artistic projects conceived or presented during the Festival Images Vevey.

The Bourse Nestlé is a real laboratory of ressources and aid to creation, bringing together the event-driven logic of a festival, the economic logic of a multinational and the artistic logic of the laureate. Awarded every two years to one of the photographers who submitted an application for the Grand Prix Images Vevey, it has been since 2008 a historical commitment of Nestlé, official partner of Images Vevey.

Trained in visual arts at the ECAL/Ecole cantonale d’arts de Lausanne and in anthropology at the Freie Universität Berlin, Aladin Borioli has been developing since 2014 a vast corpus of photographs, videos, sounds and ethnographic material. Between photography, architecture, anthropology and ethology, his long-term work subtly mixes artistic and scientific approaches. On the occasion of the Bourse Nestlé, Images Vevey and RVB Books published Ruches/Hives, a book presenting a new history of the hive through hundreds of archival documents. This fascinating visual glossary retraces the diversity of architectures invented by humans for bees over the period from 2400 B.C. to 1852, the date of the first patent application for the so-called “modern” hive. 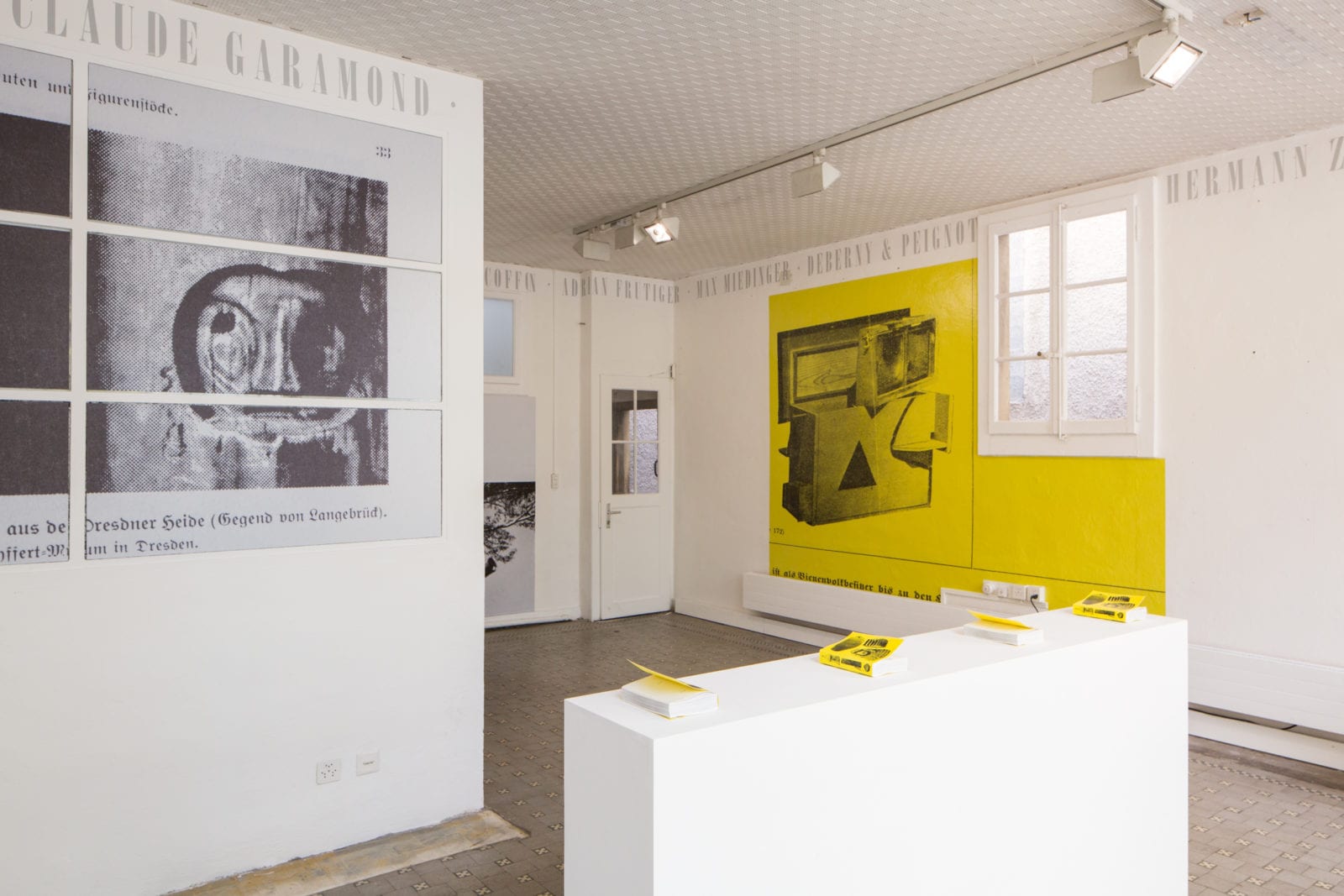 The Parcours Bon à tirer is a partnership between the BAT Switzerland Foundation and the Festival Images Vevey to support contemporary creation. A jury of experts awards one of the photographers under 40 years old in the Festival Images Vevey 2020 program with a cheque for CHF 5,000 in the form of a Bon à tirer* which provides financial support for the artist and the production of prints that will enter the collection of the Swiss Museum of the Photographic Camera in Vevey.

*Bon à tirer is a technical term used in printing to qualify the final contractual proof validated by the customer, before the printing of the ordered documents is launched.

BAT Switzerland is a non-profit public utility foundation whose statutory aim is to promote cultural and artistic projects. It has awarded scholarships and prizes with the aim of making quality works of art accessible to a wide public. It is to extend this spirit that it began, in 2020, with the Bon à Tirer project, a partnership with the Festival Images Vevey, the largest visual arts biennial in Switzerland, which has been defending for a decade artistic risk-taking and accessibility to art for the greatest number of people.

The two laureates of this edition are :

Alina Frieske’s Abglanz series, produced as part of her Bachelor thesis at ECAL/Ecole cantonale d’art de Lausanne, is named after a poetic word in German whose original meaning is lost in translation. This expression alludes to a ‘pale reflection’ or a ‘distant echo’. Alina Frieske started by collecting images gleaned from social media. She then selected fragments of her wide assortment of anonymous snapshots and selfies and rearranged them into digital photomontages. These compositions form a series of portraits and still-life artwork inspired by the history of painting. By diverting the original intention of the collected pictures, Alina Frieske raises public awareness of the question of accessibility and appropriation of personal and private information widely available on internet. The artist’s warning is astonishingly beautiful. She adopts canonical codes of well-known genres, then updates them via unconventional means. 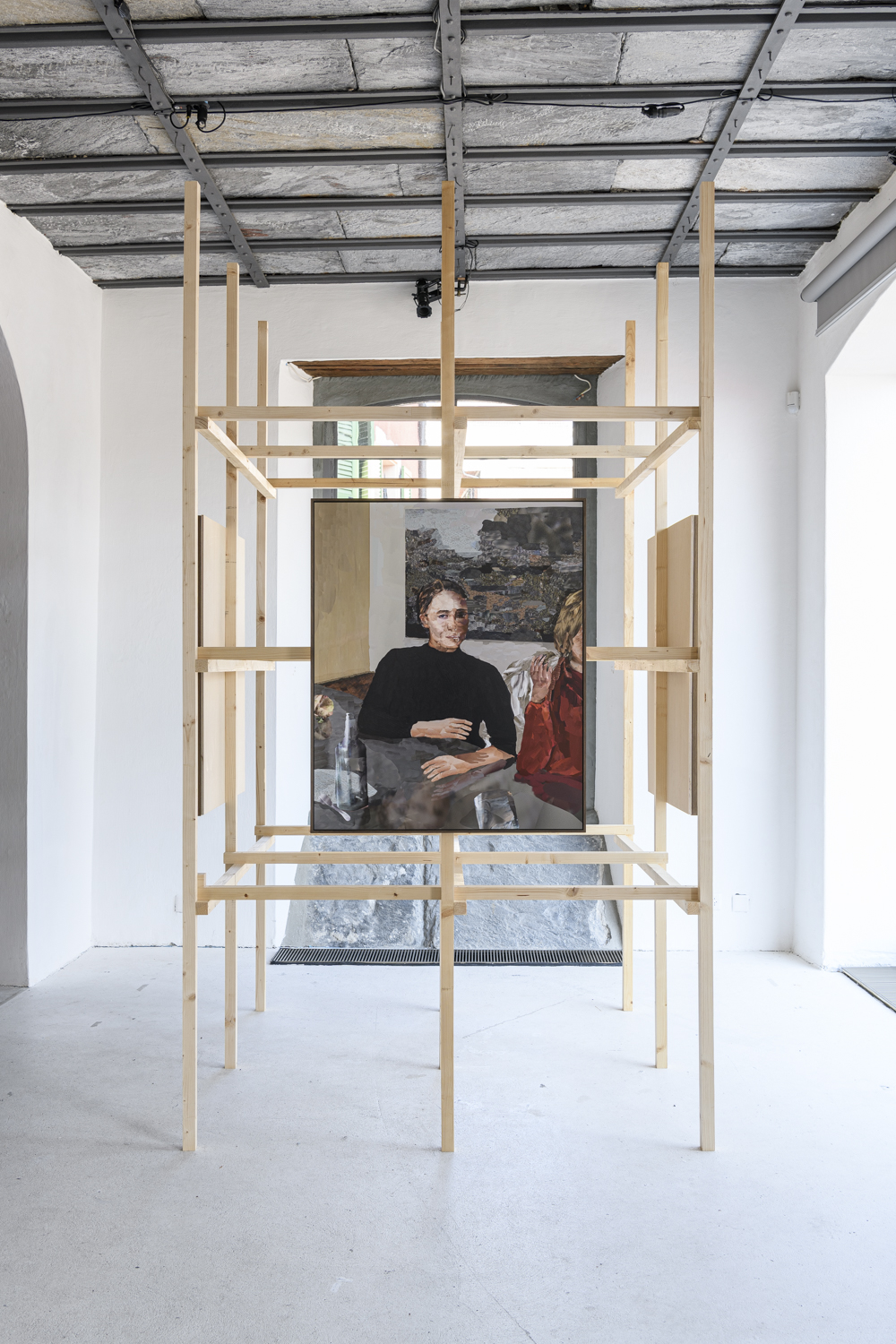 Produced during an artistic residency of the SMArt program in Monthey in the spring of 2020, as part of an exchange between Colombia and Switzerland, Stephanie Montes’ series entitled The Radiance of Disaster takes shape during the period of confinement. Dealing with these particular conditions of confinement, the Colombian artist takes pictures of lonely landscapes that she tensions with black and white family images from the first half of the 20th century, collected in photo albums and various online sources. 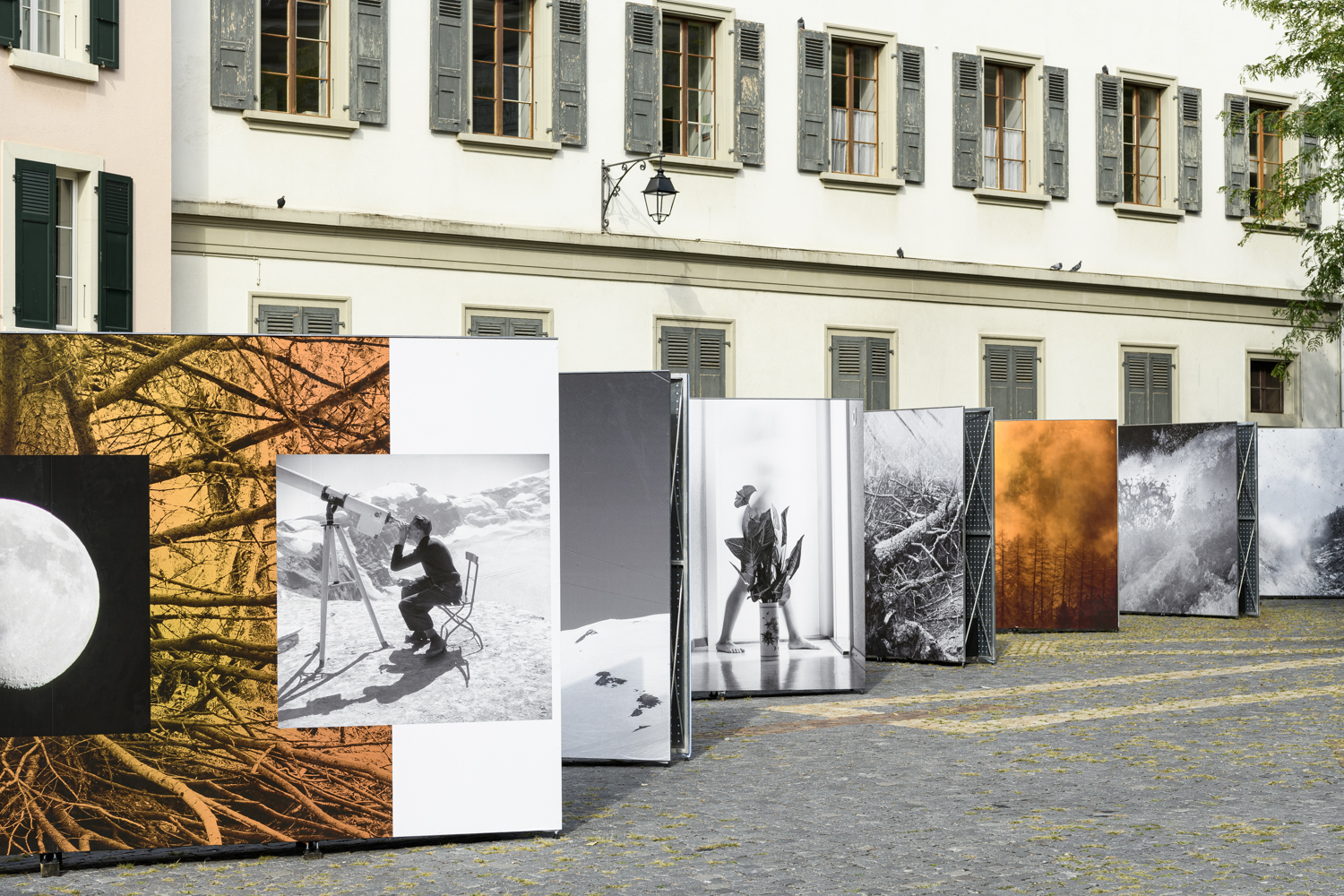